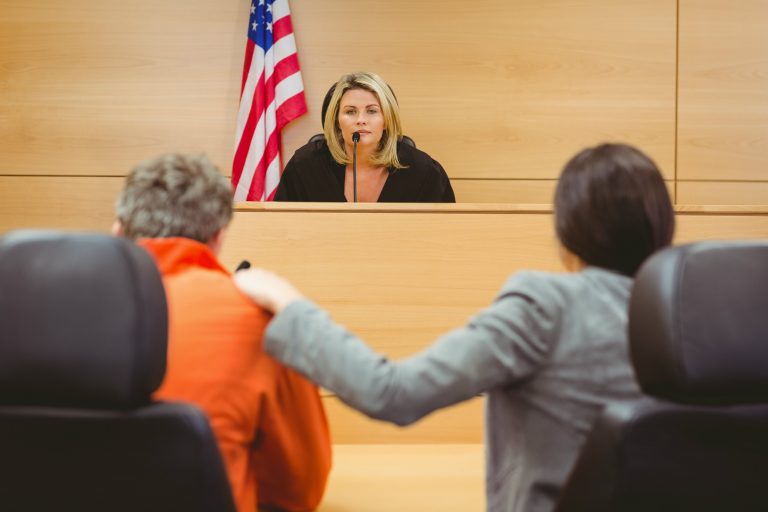 This is the fifth post in our series on the handling of domestic violence cases in Roanoke, Virginia. Our last post provided information on claiming self-defense in these matters. It is also important to understand what constitutes ?reasonable force? when defending one?s self. We also discussed the fact that one may be charged with domestic violence, even if their actions were taken in self-defense. This is why it is crucial that those who have been arrested for domestic violence speak with a criminal defense lawyer immediately. In this article, we will provide information about what occurs at a trial for domestic violence. Contact our office today to speak with an attorney if you need assistance.

The state of Virginia jury trials do not occur in domestic violence cases unless a defendant is charged with felony assault or the charge is brought through direct indictment. Therefore, if you are a Roanoke defendant and are charged with a misdemeanor, then you would more than likely attend a bench trial. In a bench trial, it is the Judge, not a jury, that makes the ultimate decision. At trial, instead of presenting evidence and testimony before a jury, counsel for each side will present in front of the Judge. Conversely, in cases involving felony assault, a process known as jury selection or voir dire will commence before trial begins. Once a pool of candidates is compiled, the voir dire portion of jury selection will then begin. Voir dire consists of a series of questions posed to the potential jurors by the defendant?s lawyer and the prosecution. The Judge may also ask the candidates questions as well. These questions can be helpful to the trial process as the parties may be able to discern a juror?s potential for bias. Furthermore, each attorney will have a specific number of challenges which they may use to remove jurors from the pool. However, jurors cannot be removed on the basis of race, ethnicity, religion, gender, or for any other protected reason. The trial formally begins once the jury is selected and empaneled.

In a trial concerning a domestic violence charge, each side is given the opportunity to present their opening statement. The prosecution will go first, irrespective of whether the proceeding involves a bench trial or a jury trial. After each side gives their opening statement, then then the prosecution will begin presenting their evidence and witnesses. Defense counsel will have the opportunity to object to testimony and the admission of evidence. The defense will then present its case and the prosecution will be given the same opportunity to object as they see fit. The prosecution is always permitted to present ?rebuttal? evidence after the defense has closed its case-in-chief. However, the prosecution is prohibited from introducing new evidence or arguments during this time and must solely address the points that have been raised by the defense. After each side concludes their case-in-chief, closing arguments begin. The prosecution will go first, with the defense following. The Commonwealth has the burden so will be able to say the last word with a rebuttal to defense closing. Once closing arguments are given, either the Judge or the Jury is tasked with determining the accused?s guilt or innocence. If the defendant is convicted, then he or she will be sentenced according to the penalty guidelines for the statute charged. Further, if probation is ordered, then the terms of the supervised release will be clearly outlined. I discuss these, and other issues, in this video and in the rest of this article.

It is crucial that defendants choose an attorney who have experience in attending trial in such matters. Whether you are charged with a misdemeanor and attend a bench trial or you are charged with a felony and would like a jury trial, you still need an effective experienced advocate. Jurors usually do not have legal backgrounds and information must be presented to them in such a way that is easy to follow and understand. A lawyer familiar with the court system is aware of these nuances with the court system and will be able to connect with jurors in an approachable manner. This is why it is imperative that you retain counsel immediately if you have been arrested for a domestic violence charge.

Contact our Roanoke office today to speak with an attorney and schedule an initial consultation. We also serve the cities of Cave Spring, Salem, the Botetourt County of Hollins, the Bedford County cities of Bedford and Forest, the Franklin County city of Rocky Mount, and the Montgomery County cities of Blacksburg, Christiansburg, and Radford.