At Lugar Law PC, we give your case the attention it deserves.

Nothing is as important as one?s freedom. That freedom is at risk when criminal charges have been brought against you. A conviction can result in prison time, fines, a permanent criminal record, and disqualification from many forms of employment. If you or a loved one has been charged with a crime, then it is vital to retain an experienced criminal defense lawyer to assist you with your case.

Cerid Lugar is a Roanoke attorney helping Southwest Virginia residents who have been charged with different criminal offenses. Attorney Lugar works to provide the highest level of service, and she takes pride in the assistance she offers clients. At Lugar Law PC, we give your case the attention it deserves. Contact us today at (540) 384-0348 to schedule an initial evaluation of your case.

Misdemeanor and Felony Defense in VA

Virginia divides misdemeanor offenses into five different classes. Class 1 and class U charges can result in a sentence of up to twelve months in jail, and fines reaching $2,500. A class 2 charge will carry a sentence of up to six months in jail, and fines reaching $1,000. Class 3 and 4 misdemeanors are not punishable by jail time. Convictions for such offenses can, however, result in fines of either $500 or $250 while also leaving a mark on your criminal record.

Misdemeanor charges not against a family member or committed by a minor are heard in the General District Court, generally, unless brought through direct indictment to Circuit Court. The case will begin with the entry of a ?not guilty? plea, and a trial date will be set. Defense counsel will acquire the police reports, witness statements, and other information which the prosecution is required to provide under Brady v. Maryland. Counsel will also file motions with the court to exclude any evidence or statements which may have been obtained in violation of the accused?s constitutional rights. Depending on the facts of the case, such motions may result in a dismissal of the charges. If a dismissal cannot be obtained and a reasonable resolution cannot be reached, then the matter will proceed to a bench trial, if the right to a jury was not exercised. The judge will give his or her decision at the close of evidence. Litigating any type of charge can involve complicated legal issues, and it is important to have an experienced lawyer assisting you.

Virginia has several different classes of felonies. The most serious of these is a class 1 felony. Such an offense will carry a potential sentence of life in prison, and a fine of up to $100,000. A class 2 felony can result in a sentence of 20 years – life in prison, fines reaching $100,000. Class 3 felonies carry a sentence of five to 20 years and the same fines as those already discussed. Class 4 charges can result in two to 10 years in prison. Class 5 and 6 charges are considered ?wobblers.? This means that such charges can be charged as misdemeanors if the facts are construed favorably. Class 5 and 6 felonies are the lowest level felony to be charged.

Felony cases begin in one of two ways. The first is when the prosecution gains an indictment from the grand jury. This means the case will be handled in Circuit Court from the beginning. The second is when the case is presented in the General District Court for a finding of probable cause through a preliminary hearing. The defendant will be arraigned and enter a ?not guilty? plea once either of these processes has started. Defense counsel will receive all evidence which the prosecution is required to provide under the Brady decision. Counsel will also investigate the matter and file any necessary motions with the court. If resolution or dismissal is not obtained, then the matter will proceed to trial. A jury can decide the issue of guilt or innocence. If a jury convicts the defendant, then the jury will determine the sentence. The judge will determine whether the sentence should be imposed at a later date.

People are afforded rights under the U.S. and Virginia constitutions. Unfortunately, there are times when law enforcement officers violate these rights. If such a violation leads to the discovery of incriminating evidence, then the victim of such a violation may find themselves being placed under arrest. Fortunately, the law provides remedies when these types of situations arise. If the police, the FBI, or another government agency violated your rights, then it may be possible to have the charges against you dismissed.

The Fourth Amendment to the United States Constitution allows for one to be free from unreasonable searches or seizures by law enforcement. Under the law, the police may only stop you if they reasonably suspect that you?re engaged in criminal activity, or other illegal acts. An officer must be able to point to objective facts which justified their suspicion of such activity. A mere hunch is not enough. If officers wish to go beyond a simple stop and engage in an actual search, then they may be required to obtain a warrant before doing so. If an officer stops you without reasonable suspicion, or conducts a warrantless search and recovers evidence, then it may be possible to exclude such evidence from court proceedings. Depending on the facts of the case, such an exclusion may lead to a dismissal of your charges. 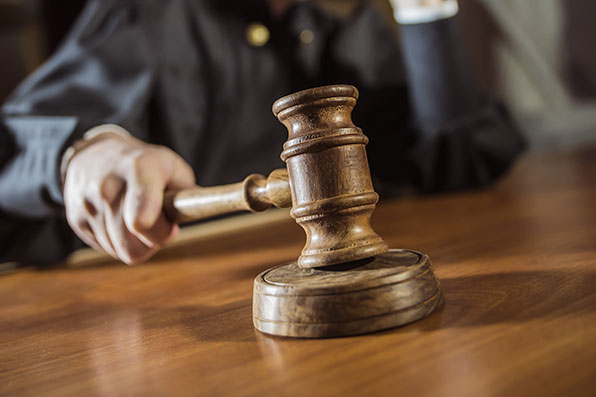 The Commonwealth of Virginia and the federal government both take a harsh stance against those who break the law. Prosecutors take a ?tough on crime? approach, and a conviction will have serious repercussions on a person?s future. One who is convicted of a crime will receive a sentence based on the type of charges, the severity of the conduct, their prior criminal record, and the presence of aggravating factors – such as the use of a firearm. Typical charges brought by prosecutors include:

If you find yourself in any of these situations, then it is important to recognize the gravity of your predicament. Retaining an attorney is important as you fight to protect your rights.?

How an Attorney Can Help

Attorney Lugar founded Lugar Law PC based on the belief that everyone is entitled to the highest level of representation. She will use your initial consultation to hear your side of the story and to help you understand what it is you should expect from the legal system. Once retained, she will inform the courts and the prosecution that she is representing you. She will obtain all police reports, witness statements, and other evidence.

Attorney Lugar will also conduct a full investigation into the matter so that all possible avenues are explored. If she believes that your rights were violated through an illegal search and seizure, then she will file a motion requesting that any illegally-seized evidence be excluded from the proceedings. If a favorable outcome cannot be reached, then she will make sure that your case is ready for trial.

Attorney Lugar understands that you are facing a stressful situation. You do not need the added stress which is caused by a defense lawyer who is difficult to reach and does not return phone calls. Attorney Lugar makes attorney-client communication a priority. This includes promptly responding to telephone messages and emails. She also makes herself available to answer any questions you may have, and will take the time necessary to make sure you understand the next steps in your case. She feels it is an honor to assist those in Roanoke or elsewhere in Virginia, and she takes this responsibility seriously.