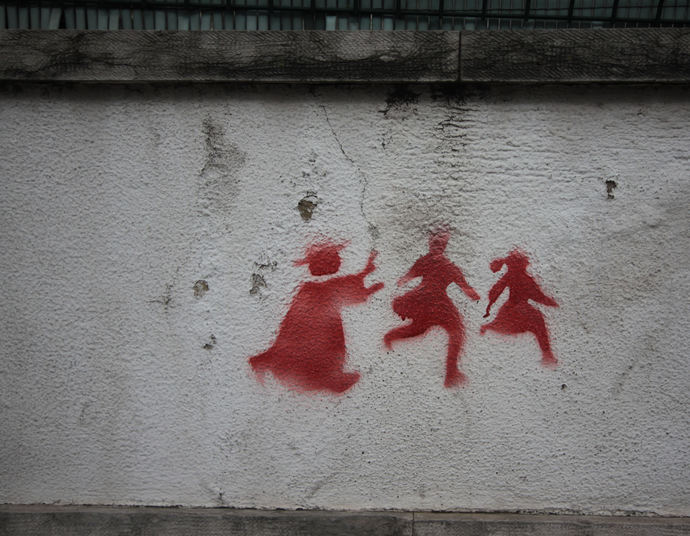 Child sex abuse is a terrible crime with long-reaching effects on the victim, and unfortunately, it often goes unpunished. For numerous reasons, children may be afraid to tell anyone, and younger kids may not even realize or remember what has happened to them. The perpetrator may threaten the victim in various ways, or tell them that no one will believe them. Or they may convince the child the abuse is somehow their fault. Unfortunately, these tactics can be very successful at helping an abuser go undetected for years.

Yet the number of cases that do get reported show child sex abuse is sadly not uncommon. Approximately every nine minutes, Child Protective Services (CPS) finds evidence of or substantiates a claim of child sex abuse. RAINN also found that 1 in 9 girls and 1 in 53 boys experience sexual abuse before the age of 18. Contrary to popular belief, “stranger danger” is not the most common scenario in these situations—93 percent of child sex abuse victims know their abuser.

Tragically, child sex abuse can have serious effects on mental health that last a lifetime. Victims are about four times more likely to abuse drugs or experience PTSD as adults. They’re also about three times as likely to suffer a major depressive episode in adulthood.

Sometimes adults dealing with their childhood trauma from sex abuse wish that they could do something about the perpetrator, but believe that it’s too late. This is not always true, however. In many situations, there are still options to consider.

In 2020, the governor of Virginia signed a new bill into law extending the statute of limitations on child sex crimes to five years after the victim turns 18. This allows some adults to file criminal charges against their abusers, even if many years have passed since the abuse took place. However, criminal charges still need to be filed by the time the victim turns 23.

However, criminal charges are not the only way to handle this situation. It is also possible to file a civil suit against the abuser, and in Virginia, the statute of limitations for such a claim is much longer. Under Va. Code sec. 8.01-243(D), the statute of limitations for sexual abuse of children or incapacitated individuals in Virginia is “twenty years from the date the sexual abuse cause of action accrues.”

What does that mean? The accrual date for sexual abuse against children in Virginia refers to the day the clock starts to run toward the statute of limitations, and the cause of action will accrue when one of two things happens.

In many cases, the statute of limitations is reached twenty years after the victim turns 18, or when they turn 38. However, in some situations, the statute of limitations is two years, but only begins to run when “the fact of the injury and its causal connection to the sexual abuse is first communicated to the person by a licensed physician, psychologist, or clinical psychologist.”

Again, this is due to the fact that young children may not realize they have been abused, or may have repressed the memory due to their trauma. For example, let’s say that John is 40 years old, and begins seeing a pyschologist as part of a treatment plan for his struggles with addiction. As his therapy progresses, the therapist realizes John has many signs of having been abused as a child, and proceeds to explore this possibility. Through the course of his therapy, John eventually realizes that he was sexually abused by a family friend when he was a child. His many years of substance abuse were an attempt to self-medicate the psychological injuries he suffered as a result of this abuse. Is there anything he can do about it now?

Under Virginia legislation, in this type of situation, the statute of limitations would begin on the date the therapist makes John aware of the abuse he suffered as a child. He would then have two years to consider whether he wants to file a claim against the abuser.

However, it’s important to remember that there is one strong caveat to this rule. The “medical professional” extension statute only applies to “natural persons” who have perpetrated abuse against a minor. It exempts other entities, such as corporations, associations, or other organizations or groups. So John could pursue a claim against the family friend who abused him for two years after he becomes aware of the abuse. If the abuser was instead a member of the clergy at his church, or a scout troop leader, or a teacher at his school, John could still pursue a claim against that individual. But he would not be able to pursue a claim against the church or the scout troop or the school as entities.

In some cases, victims may be able to sue organizations for things like negligent hiring—for example, hiring someone to work with children without running a background check and thoroughly vetting the person. Or they may sue for negligent retention, such as failing to fire someone after receiving complaints of abuse. (The organization may also be negligent for failing to report these abuse claims to the proper authorities.) However, the options for these claims are very limited. These kinds of claims must be pursued within two years after the date of accrual, so the victim still has to file a claim before they turn 20 years old.

Will Filing a Civil Suit Do Any Good?

Only the victim can answer this question for themselves. However, many people feel that a civil suit may be helpful. For example, the money they might receive from a claim won’t make up for the abuse they suffered, but it could help pay for continued treatment for the psychological injuries they suffered. Some people just want to face their abuser in court and explain the effects the abuse has had on their life. A trial may also be a way for them to finally share their truth, and the publicity of a trial may finally make others aware of the problem.

For example, if John successfully sued his childhood teacher for child sex abuse, the school might decide the teacher doesn’t need to be employed there any more, preventing him from hurting other kids. Other victims may also come forward and pursue claims of their own. In some cases, parents of the teacher’s other students may begin to wonder if their child was also abused. If so, they may then be able to get their child help to deal with the trauma. For all of these reasons, victims sometimes feel that a civil suit is worthwhile.

If you or a loved one have suffered from child sex abuse, it’s important to know your legal rights. Sometimes people are reluctant to come forward, even as adults. This is understandable, but it’s still a good idea to know your options so you can make an informed decision about what you want to do. If you have any questions or concerns about child sex abuse claims, please contact us for a free consultation.